What is a thin film transformer

ZTELEC GROUP is committed to building a variety of transformers. Today, we are a new type of transformer for science popularization---thin film transformer.
The thin film  transformer is a laminated micro-transformer developed by using a magnetic film. The height of the film is less than 1mm and the operating frequency is over 1MHz. The volume is small and easy to integrate, but it is only suitable for low power. 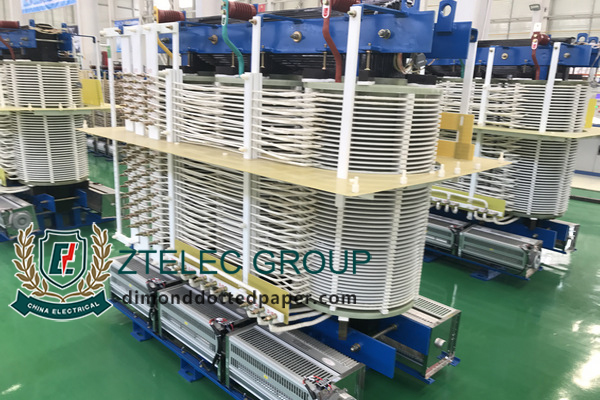 Most of them use metallic magnetic materials such as permalloy, ferrosilicon and amorphous alloys. Mainly because they have high BS and high magnetic permeability. Tsuijimotl et al. used a tape type (copper thickness 35 μm, length 34 mm, width 3 mm) to provide an insulating film (100 μm thick), and an amorphous CoNbZr film (1.8 μm) constitutes a thin film transformer capable of output voltage control at high frequencies. A pinhole type transformer is also fabricated as a chip transformer having a thickness of 210 μm.
It is made of two 10μm thick CoZr amorphous films for 5V, 0.3A, 1MHz switching power supplies, and 77.5% ferrite materials (mainly MnZn) can also be made into thin film transformers, but It is difficult to produce a suitable micro-magnetic film by a conventional method, so a new film forming technique needs to be developed.
At present, foreign countries mainly use PVD, CVD and other deposition techniques in combination with chemical etching, laser ablation, light irradiation and low temperature coating. The miniature transformer designed and manufactured by Yamaguchi K has an area of ​​only 2.4mm × 3.1mm and an efficiency of 67% at 10MHz.