A Party to Celebrate New Year

On 28th, December, Henan Zhongtian Aerospace Technology Group (ZTaero Group) held a big party to celebrate the Christmas Day and the coming New Year. All the company members attended the party, including our general manager Mr. Zhang and other leaders.
At the beginning of the party, the general manager Mr. Zhang delivered a speech, expressing his blessings to all the company members. In addition, he reviewed the rapid development of ZTaero Group since its foundation, and provided an outlook of the future of the company. Then, representatives from different departments made a speech too. Everyone learned a lot during the work, and expressed their confidence and expectation to the company. 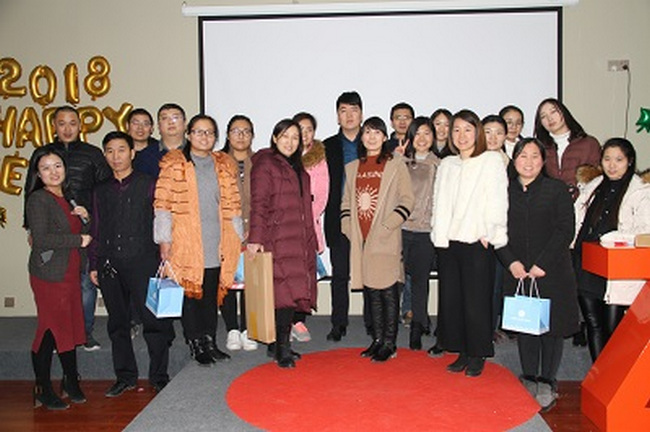 Next, it came to the exchange of gifts. The most interesting thing was that you didn’t know what the present was and from who. You would feel very surprised when you received a surprising present. After exchanging the gifts, all the members were divided into four groups to play the game. Playing games was a good way to improve collaboration and enhance mutual understanding. Everyone enjoyed himself of herself during the game.
The party was held to celebrate the coming new year, and on the other hand, hope that in the coming new year everyone can work together to overcome all the difficulties and bring ZTaero Group a bright future.